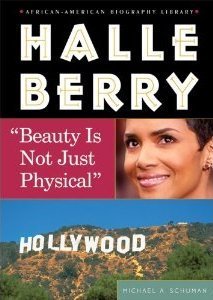 She [Berry] wanted to play the role of Vivian, a poor and desperate woman addicted to the illegal drug crack cocaine. Lee told her there was no way she could convincingly play that role, because she was too pretty.

Berry later said about a similar role, “I’ve always had to struggle to prove that I’m more than just a shell…. When I auditioned, I heard people say, `Halle Berry’s too beautiful for this role.’ I thought to myself: What? Only unattractive people get hooked on crack? What a stupid stereotype. Drugs affect everybody.”

Berry wanted to prove to both movie insiders and the public that she was more than just a pretty face. She finally persuaded Lee to let her try out for the part of Vivian. Impressed by her talent, Lee hired her.

Playing Vivian was a challenge that Berry did not take lightly. Having spent her teen years in a comfortable suburb, Berry knew nothing about the lives of poverty-stricken drug addicts. To prepare for the role, Berry had one of her costars, Samuel L. Jackson, drive her to some of the poorest neighborhoods of New York City. At one point she went with a police officer to a crack house -- where crack addicts lived and where they sold and used drugs. The police officer gave her a bullet-proof vest to wear.

Berry was shocked by what she saw. The conditions were squalid, and people in the neighborhoods were armed with automatic weapons and knives. She was especially disturbed to see children among the drug addicts.

Seeing how addicts live was not enough for Berry. To convincingly play a drug addict, she wanted to live like one. She did not try crack cocaine, but for ten days before the film was shot she did not bathe. She wanted to look and feel as grungy as possible.

The movie’s makeup artists painted pimples and sores on the former beauty queen’s face, and gave her a messy hairdo. To complete her new look, Berry dressed in tattered clothing. The glamorous actress was gone.

Berry said the role “got me away from that beauty pageant-model stigma, because that‘s all I had done up until then. My first acting job was playing a model on television. So the movie gave me a chance to show a different side of myself. It also proved the kind of chances I was willing to take.”